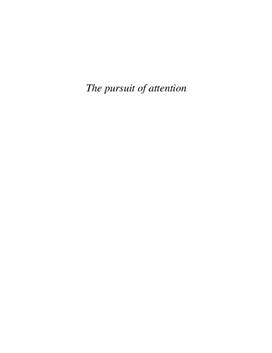 • How do you design your advertisment to achieve maximal attention?
• What does commercial today look like compared to back in the days?
• In what way is different media better?

Introduction
Today, you can see advertisements everywhere. It's almost impossible not to see an advertisements if you walk around in a bigger city. Your eyes are drawn to the ads; in newspapers, on TV, in the mail, or ever in the bus stop. There are many ways to catch the consumers interest through ads, and they are explained in this report. Commercial have been different through all ages, but even depending on what media the advert is located in. This has been compared and analyzed.
Primary subject: Explain how to get attention to a advertisement and thereafter how to sell the product to the consumer.
Secondary subject: Compare advertisements, both depending on time, and depending on what media it's in.

Purpose
The purpose of this text is to teach the reader about methods to catch the consumers interest with the use of ads and to prove the differences between advertisements belonging to respective time and media.

Issues
The questions asked before this report was as following:
• How do you design your advertisment to achieve maximal attention?
• What does commercial today look like compared to back in the days?
• In what way is different media better?

Method
The subject was chosen purely by interest and curiousity. After the subject had been chosen, it was time to decide, a bit more accuratly, what questions I had and what research had to be done. Also this part, the interest decided. For the primary subject, the e-book ”Språket” was used to get some more knowledge of the attributes of commercial and methods to attract interest of the ad and product. After this, I did some reflection on the text and searched for adverts which suited my issues properly. I searched on the internet and in newspapers to create an insight into the tricks of advertisement.
For the secondary subject, two commercials were chosen from the internet. Both of them were made by the same brand and product. First, one from 1938 and then one from the 21th century. The important this was to make sure that both the advertisements were published in the same media, to be able to compare the abilities to catch the readers' attention, and how successful respective commercial was, in terms of interest. These ads were then compared to get a picture of the evolution of advertisements and how the brands choose to be concieved by the consumers. To be able to compare ads from different media, one ad was chosen from a magazine, one ad from TV, one from the internet and one from everyday life, i.e, commercial detached from media... Köp tillgång för att läsa mer Redan medlem? Logga in