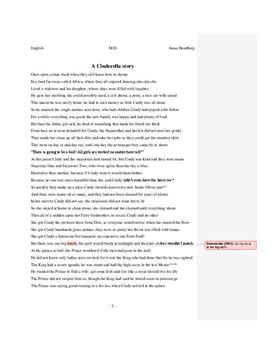 "Once upon a time, back when they still knew how to rhyme
In a land far away called Africa, where they all enjoyed dancing cha-cha-cha
Lived a widower and his daughter, whose days were filled with laughter
He gave her anything she could possibly need, a cell phone, a pony, a race car with speed
This meant he was rarely home, he had to earn money so little Cindy was all alone
So he married the single mother next door, who had children Cindy had played with before
For a while everything was good, the new family was happy and had plenty of food
But then the father got sick, he died of something that made his blood too thick"... Köp tillgång för att läsa mer Redan medlem? Logga in