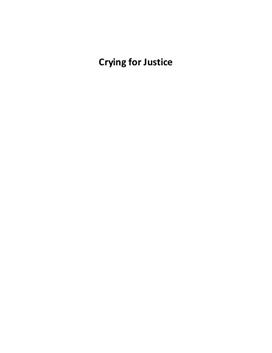 Rapport: Violence in the US: Gun Laws and Racism | Report

Part A: A research plan

Major cities all around the US are protesting the recent events in the country. The people are flooding the streets with protests and chants about the abuse that has been going on for the past couple of weeks. On the 9th of August a young African American male named Michael Brown was shot six times by a police officer named Darren Wilson, a 28 year old Caucasian male in Ferguson, Missouri.
The 24th of November a county grand jury had decided to not indict Darren Wilson for his actions. These shocking and terrifying events have upset a lot of stomachs around the US and around the world. Riots have taken place across the country and the citizens are now questioning their authorities. The Michael Brown case isn't the main reason why a lot of people are starting to raise their fists. There has been a trend going on now for too long and it has to end.

To make this report I will have to search through several different topics like gun control and social issues. I think these two topics are the main root to this violent history that this country has had to put out with for decades... Köp tillgång för att läsa mer Redan medlem? Logga in

Material relaterade till Violence in the US: Gun Laws and Racism | Report.