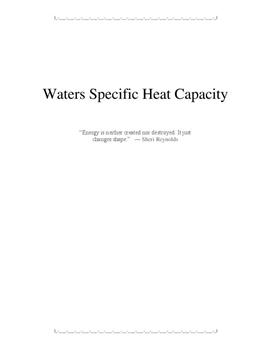 Equipment:
An element heater, a vacuum flask, a thermometer, a set of scales and a chronometer.

Method:
Firstly, 0,5kg of water was weighed. The element heater was put into the vacuum flask. Every 30th second a measurement was taken by the thermometer using the chronometer to take the time. The result was documented in a table form. Thenceforth the result was utilized to create a linear function. The whole operation was done 3 times and every experiment was supposed to go up to 70 degrees.